What I Learned From Dr. Terry Willard

I had the extreme pleasure of working alongside Dr. Terry Willard of Wild Rose College between 2012 and 2014 as a Herbalist in his clinic, a student coordinator, Iridology instructor and as his personal assistant and editor. 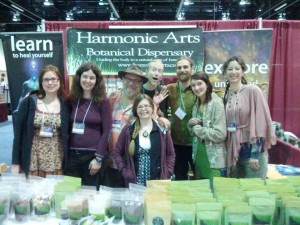 Working with Terry, whether we were shooting videos for online courses, managing his store of herbs and flower essences or uploading herbal monographs, was a learning experience in all of the branches a herbalist might choose to follow in his/her career. I learned about the running of a clinic and a college, the making and marketing of tinctures, formulas and cleanse-friendly foods. I learned by sitting in with Terry how to question a client efficiently but compassionately, addressing the root of the problem while caring for the symptoms. I followed his queue by creating my own blog, and took part in the larger herbal community by representing the college at events and tradeshows.

My beginnings in herbal medicine are humble. Casting about for that big something I was going to do with my life, I was plagued by the nagging feeling that there was an important task to accomplish and I was needed somewhere – and if I didn’t get moving I was going to live in the limbo of early-twenties uncertainty forever.

At that time I worked in a trendy cafe and every morning I passed by the Wild Rose College brochure of classes that occupied advertising space in the cafe’s entrance along with ads for yoga studios and babysitters.

One day on my break I picked that brochure up – and encountered the word “Herbalist” for the very first time.

“An herbalist uses plants and other natural substances to improve health, promote healing, and prevent and treat illness.”

Helping people is something that excites me; indeed at the time I was deeply involved in helping people in my life and, for a while, tended to make friends solely with people who needed my help to heal (I hope to write more about this habit of healers and how to make it work for you it later).

I began taking courses at Wild Rose in 2007. On my first day of Botany & Plant Identification I knew Herbalism was the something I had been asked to do, and I never looked back.

Words From My Mentor

Terry was probably my most influential herbal mentor, and his words of wisdom are ever present in my head, whether I am creating a new formula or working with a client. Some of the points that stick with me the most over the years are included below, some paraphrased due to the very general nature of my memory.

“The Whole Herb and Nothing But the Herb, So Help You Herbalist.” 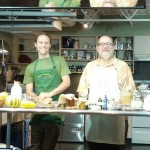 on’t know when Terry started using this expression but I will never forget it. It was a tongue in cheek endorsement of the use of a whole plant in lieu of an extract. Because nature is perfect without our interference, a plant can be relied upon to provide all of the components (including its’ unique energetic imprint) better than any extract ever could. Terry liked to tell us there are thousands of chemicals in a plant that we don’t know about, and the combination and amounts of those chemicals interact in just the right way to give us the needed action of a herb.

“Those are festival foods.”

Referring to breads, desserts, candy and other less than wholesome foods, this was Terry’s way of saying that a particular food is best consumed only during celebrations and not as a part of everyday life. We expect to eat like kings and queens at a feast everyday in the Western world, and reframing that expectation for a client can help them accept that eating healthy foods most days is best.

“Everything in moderation, including moderation.” 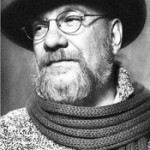 This one is related to the quote about festival foods; I’m sure it is not his own quote but it is one he used often. Terry held that on average most cultures had a festival or celebration about once per month. So, once per month is a good time to cut loose and eat your favorite festival foods.

This is a brilliant metaphor for the influence one’s mind has over the health and well being of one’s body. Some people with the strongest minds don’t know how to use and release their mental energy. In short, they think too much, and that thinking increases their stress to the point of having a physical impact on their nerves, organs and tissues. The problem isn’t with the tissues (hardware) themselves but with the overthinking and enervation (software) that caused them to become stressed.

“Watch what you ask for. We are more powerful than we think.”

By putting a thought or desire strongly out into the Noosphere we are making a request that can alter physical reality. This effect is especially strong when compounded by the thoughts or desires of many people. 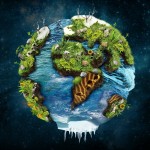 The planet we live on, by whatever name you call Her. Terry would say all four of these names together (usually in this exact order) as if to remind that She is known to and venerated by many cultures. His love of cultures and the wisdom they hold for us has inspired me to research medicinal and spiritual lessons from other parts of the globe.

These expressions hold memories for me that complement the learning I received directly from Terry and from other instructors and herbalists at the Wild Rose College. They keep attitudes and theories that I find helpful in my work close to the forefront of my brain. They have become a part of my culture.

Herbalists have the honor and responsibility of reacquainting the people of our time with traditional lifestyles, a healing education that improves the quality and meaning of life for the people who lack a culture of their own to guide them.

Though he has since moved away from Calgary  to the Rainy Coast of Southern BC, Terry Willard has left a legacy of connection and knowledge behind for the little community of herbalists who choose to make Alberta their home.

You can read Dr. Terry Willard’s blog to learn more about his philosophies and thoughts of healing, life, the universe and everything. It is located at www.drterrywillard.com.