Kodiak Herbal lives and operates on traditional Blackfoot territory in the region of Treaty 7. This land is the ancestral home of the Blackfoot Confederacy including Kainai, Piikani, Siksika; and the traditional territory of Tsuut’ina and Stoney Nakoda First Nations. Our family came to southern Alberta eight generations ago. We are grateful to be in this beautiful land.

“A Nation’s Culture Resides in the Hearts of Its People”

The Michif people who reside in Alberta are not the original occupants of this land. We arrived as traders, and we became friends and kin to the First Nations of Alberta. We moved west to escape persecution and disenfranchisement. Our family brought culture and teachings with us from the Red River Valley — giving up a trading lifestyle to open a cattle ranch in Pincher Creek, Alberta.

How Kodiak Herbal Got Its Name

Herbalist Kalyn Kodiak had a series of dreams about a larger than life shaggy brown bear while she was still just a youth in college learning to be a herbalist. The bear became a friend and guide, and is now the namesake of our small business.

The word Kodiak comes from the Унаӈан (Aleutian) Peoples of islands in the sea between Alaska and Russia. There is no word for this bear in the English or Michif language, instead a loan-word was borrowed from Aluutiq and anglicized as “Kodiak”. While there are Grizzlies and Black Bears in Alberta, we have no Kodiak Bears here. 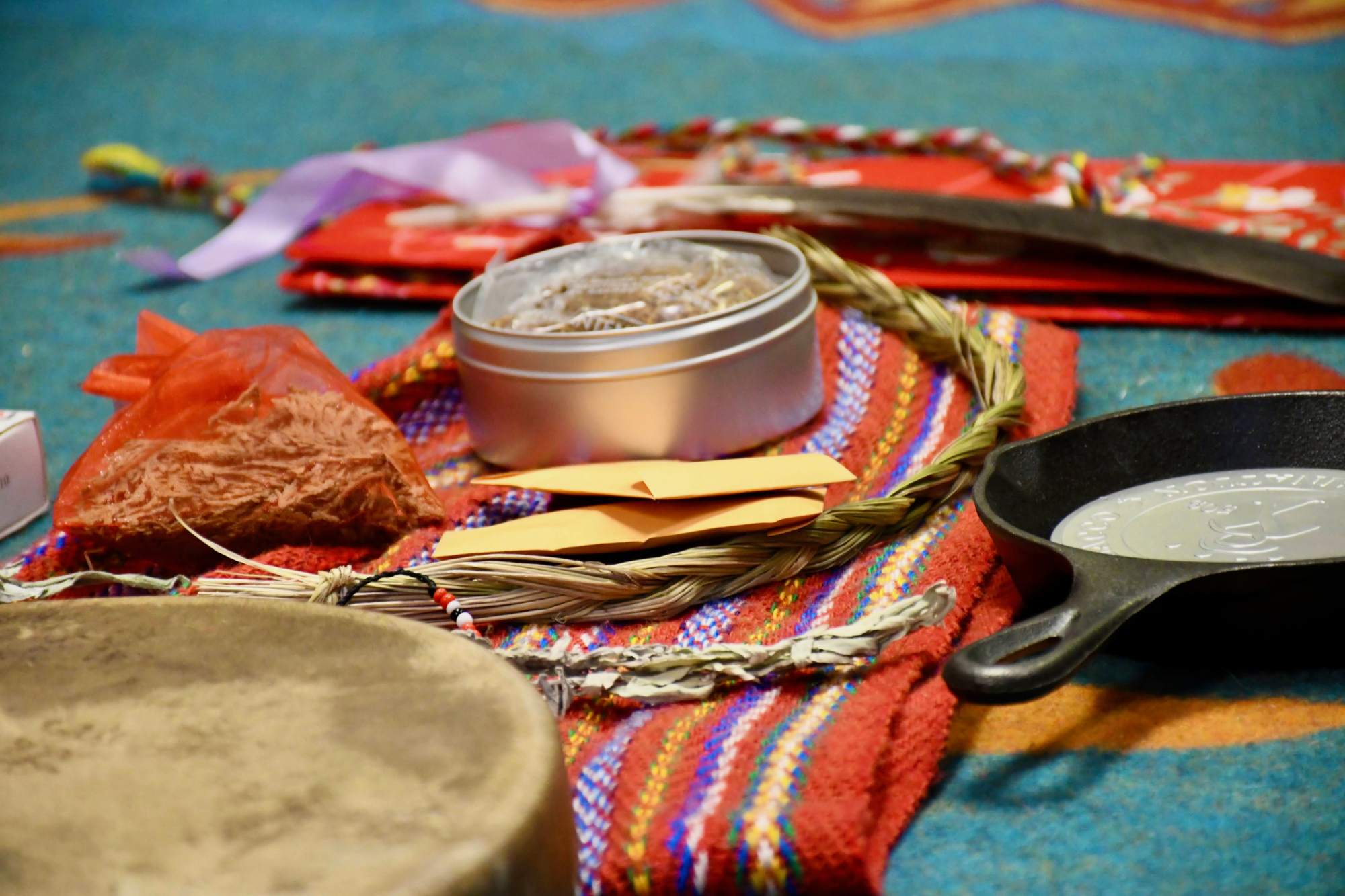 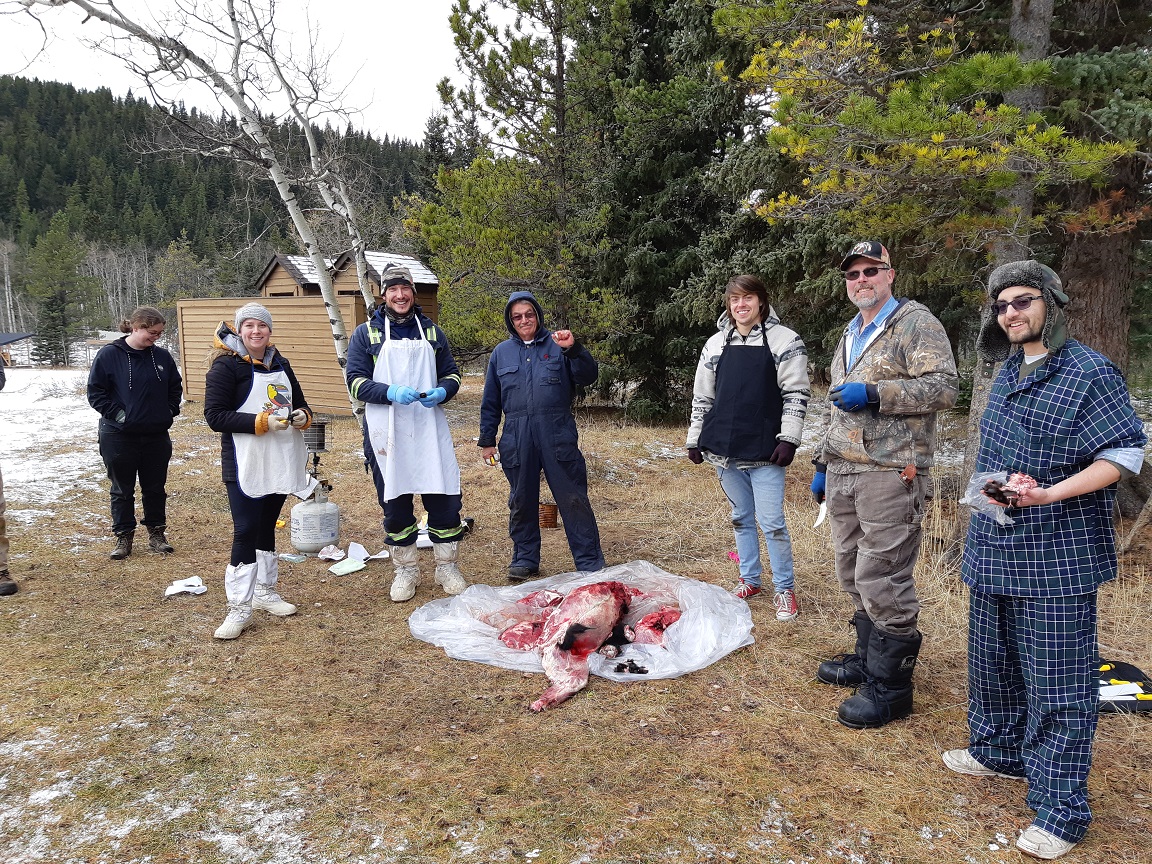 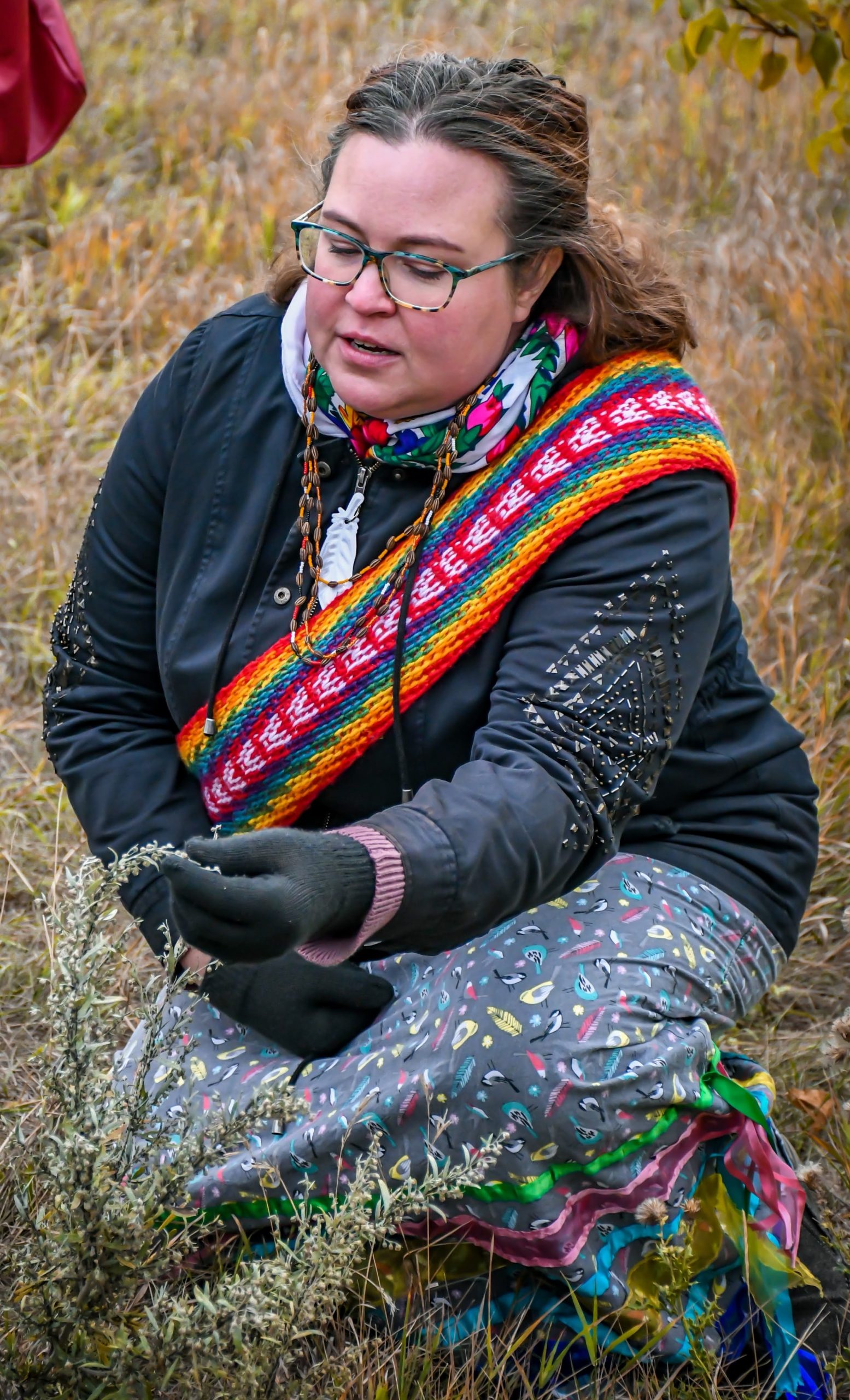 A proud Métis and two-spirit person, Kalyn is descended from a lineage of healers, teachers and artists. She is a founding member and the current president of the Alberta Herbalists Association.

Kalyn spends her days immersed in the lifelong learning of Métis traditional medicine and cultural arts. She began working with plant medicines at the Wild Rose College of Natural Healing in 2006, and became a Clinical Herbalist at Wild Rose in 2012.

Walking on the edge of two worlds, Kalyn is a student of Michif Lifeways and modern western medical research regarding phytochemicals. She is a resource on traditional medicines to the Métis communities of southern Alberta, and aen aapikayahk sayncheur flayshii (Métis sash weaver). She is an Apprentice 3-Season Hiking Guide with the Interpretive Guides Association.

Kalyn loves to teach and hosts workshops in health and herbs, Métis traditions, plant identification and cultural art. She has been honoured to visit numerous schools, youth and community groups as a culture teacher and herbalist. She is a passionate guide to locals and tourists who wish to learn about the Métis of southern Alberta.