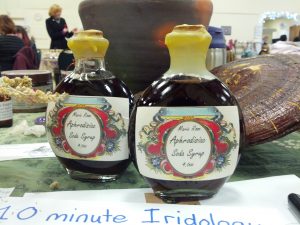 I recently wrote about my new line of products inspired by my Grandma’s Grandmother, Marie Rose Delorme Smith.

Marie Rose was a writer and midwife on the prairies of Southern Alberta. She is the author of Eighty Years on the Plains, a chronicle of life in Alberta in the pioneer days. She lived a traditional Metis lifestyle, speaking French, English and Cree with her relatives and travelling in her father’s trade caravan.

When the nomadic life of the Metis became unsustainable, she moved to Alberta with her adventurer husband Charley Smith, where they set up a homestead on the Jughandle Ranch on Pincher Creek, Alberta. 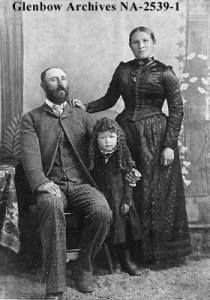 Marie Rose was an industrious person, sewing clothes and making a home for 17 children, while serving as a healer and midwife to the native, metis and white communities around her. I admire her as someone who was able to move between worlds in a time when co-mingling (even among ‘half-breeds’ and ‘full-breeds’) was profoundly discouraged. Like Marie Rose, I am not content to live in one paradigm only, but am compelled to see the world from as many mountain tops as I can climb.

I made a trip to the Glenbow Museum archives to obtain images of one of her many manuscripts, quaintly entitled Old Time Home Remedies, in hopes of discovering what my Grandmother used in her own day to help the people around her feel better. I would like to share some of her writings with you.

In out of the way places home remedies are invariable tried before the Doctor is called and some of the home cures do the trick admirably. In the far north most of the remedies used by the Eskimo (sic) and the indian are tried by the white people with good results.

A cure for boils, blood poison, proud flesh and the like is made from the gall bladder of the Bear,
after the bear has been in hibernation all winter its bladder is much larger than at any other time. For use it is shaved like soap then to these shavings alcohol or coal oil is added, the mixture thus formed is spread over the wound or otherwise diseased tissue, then liquid balsam gum is poured over this, in a day or two this covering can be lifted off, with the proud flesh or other dead tissue adhering to it, the flesh beneath is left sterilized and in condition to heal rapidly.

The indians in alberta used to have several sweat baths on each reserve and used this substitute for the Turkish Bath of the white man as a remedy for cold and other ailment.

Herbal remedies for external and internal use are made from 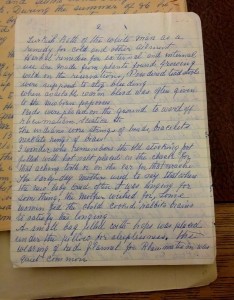 When available warm blood was often given to newborn papooses.

Beds were placed on the ground to ward off rheumatism, sciatica, etc.

The indians wore strings of beads, bracelets and necklets (sic) rings of brass.
I wonder who remembers the old stocking pot filled with hot salt placed on the cheek for that aching tooth or the ear for that earache.

The early-day mother used to say that when the new baby cried often it was longing for something the mother wished for. Some women fed the child cooked rabbits brains to satisfy this longing.

A small bag filled with hops was placed under the pillow for sleeplessness. The wearing of red flannel for Rheumatism was quiet common.
A string of cut coral beads around the child’s neck would (sic) it was thought to protect it from sore throat.
Some of us still have the scars from the asafetida or camphor bag worn around the neck as a preventative of contagious disease.

When a child was born with a birthmark the mother was supposed to kiss the mark before breakfast each morning.

Butter rubbed over a swelling bump would reduce the swelling.
Some of the pioneers carried potatoe in opposite pockets as a cure for rheumatism. Babies inflamed eyes were bathed with mother’s milk from the brest. (sic)

An idea of some grand mothers was to peerce (sic) the ears of a child for earrings to strengthen eyesight.

A piece of copper wire around the wrist and around the opposite ankle or one around each wrist was supposed to cure arthritis. To remove ring worm one was advised to rub a copper penny on the diseased spot.

Garlic was eaten to bring down high blood pressure.
Parsley was used to take odor away from the breath.

The rose colored leaves of the herb called horsemint is called ‘manikapi’ by the Blackfoot indians . . . it is gathered and placed in hot water and is used as an eye wash to allay inflammation 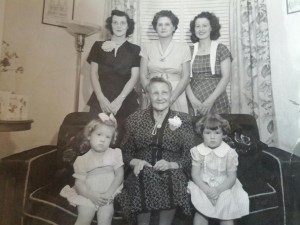 Like many Metis families, the folk wisdom of my family was nearly lost. The link between the earth-dwelling members and our ancestors would be severed if not for the enduring voices of our women. By seeking out my Grandmothers’ writings on medicine, I am healing my own feeling of cultural disparity with voices from the past.

I’m thankful to have the words of my Grandmother’s Grandmother, and I am grateful to my own Grandma Helene for speaking so fondly of Marie Rose, and fostering a pride in me for my Metis heritage and the strong women who held traditions for their communities and families. May I one day hold the honor of being a tradition-keeper in my own turn!